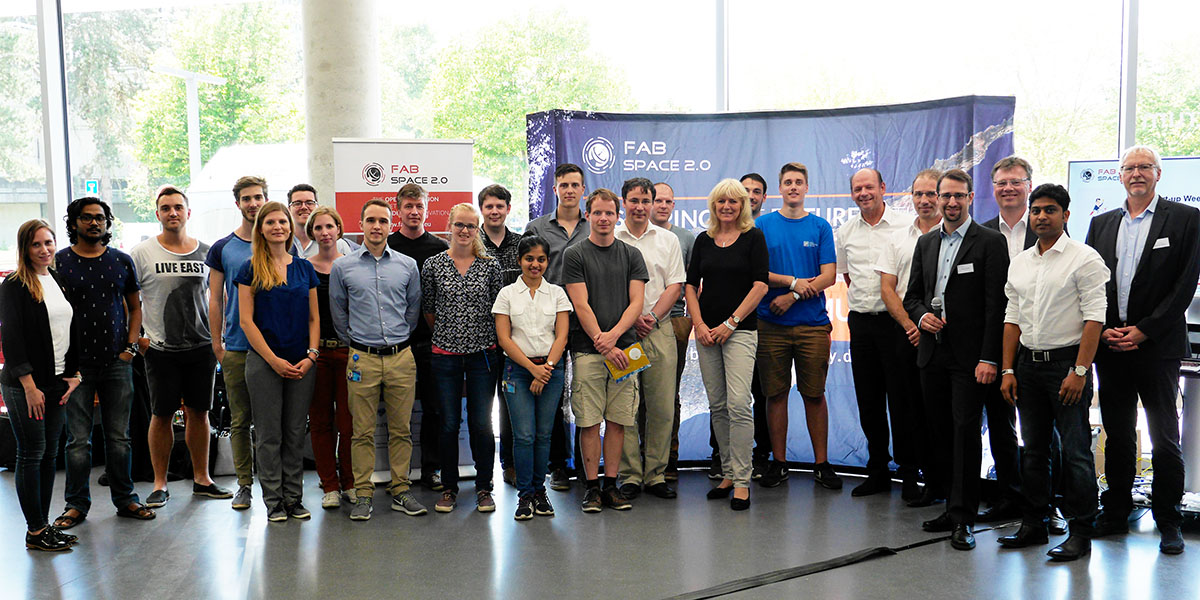 FabSpace Darmstadt had a great Opening of their first Startup week. OB Mr. Jochen Partsch was the special guest.

On Monday, 26.06.2017, the FabSpace team of Darmstadt launched its major Innovation Event (IE) for 2017. The Startup week was being planned for almost half a year ago and was kicked off at the booth of Software AG during CeBit 2017 together with the federal ministry of economic affairs, Brigitte Zypries and the former German ESA astronaut Thomas Reiter. Software AG is also supporting and sponsoring a special prize as to Silicon Valley for the best innovation.

The Opening day of the Startup Week was a big success with more than 50 attendees during the entire day. to Software AG, FabSpace also welcomed EUMETSAT, Merck, T-Systems, GmbH and Hessen Trade & Invest as additional sponsors. the opportunity to take part in the FabSpace the best solution can also win a trip to Silicon Valley sponsored by Software AG.

The team of FabSpace Darmstadt organized an interactive exhibition together with several presentations and a relaxing lounge to create a unique startup atmosphere. The modern and purist auditorium of the TU Darmstadt Campus was used to host the first day. 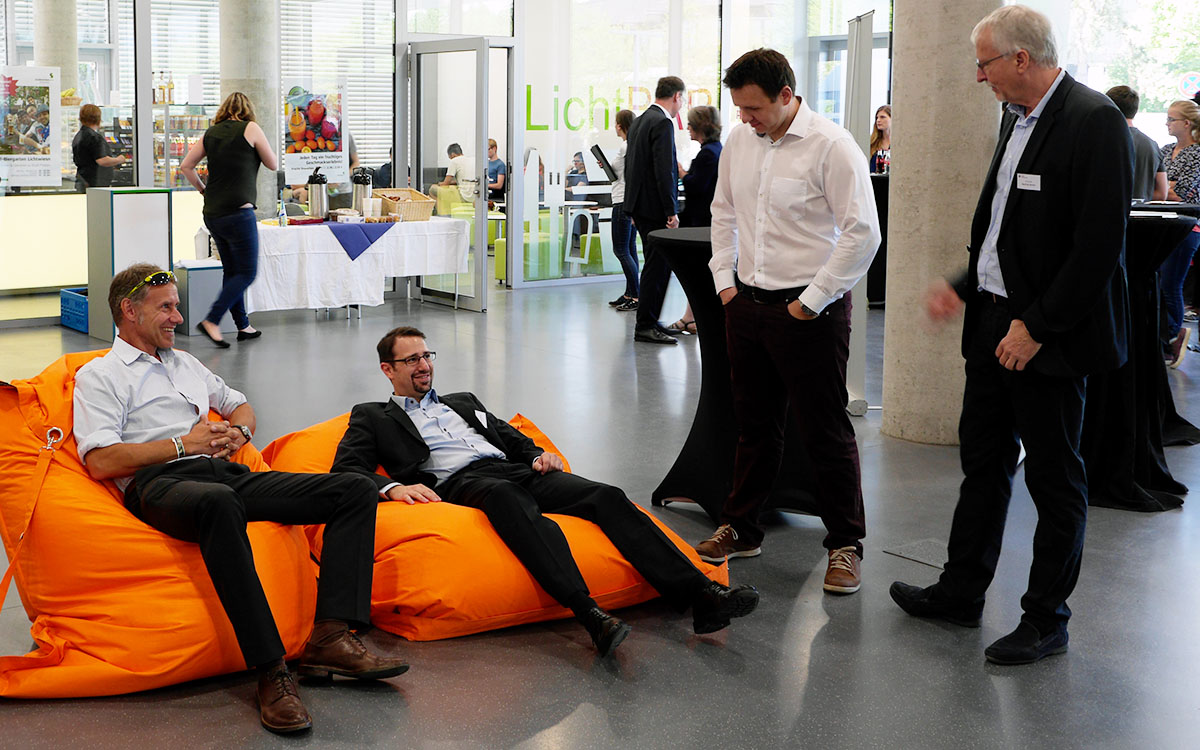 On left Jürgen (Software AG) and on right Sascha Heising was relaxing conditions in the “lounge”.

On top of the Darmstadt FabSpace team was by the presence of the special guest, the Mayor of Darmstadt, Mr. Jochen Partsch. He underlined the importance of the local FabSpace in Darmstadt and its connections to several institutions towards startup creation. Furthermore, he also pointed out the role of earth observation for the upcoming tasks fostered by “ Darmstadt”. The identified fields of applications, like smart transportation will also be a new playground for FabSpace in the future. To find out more about click here. 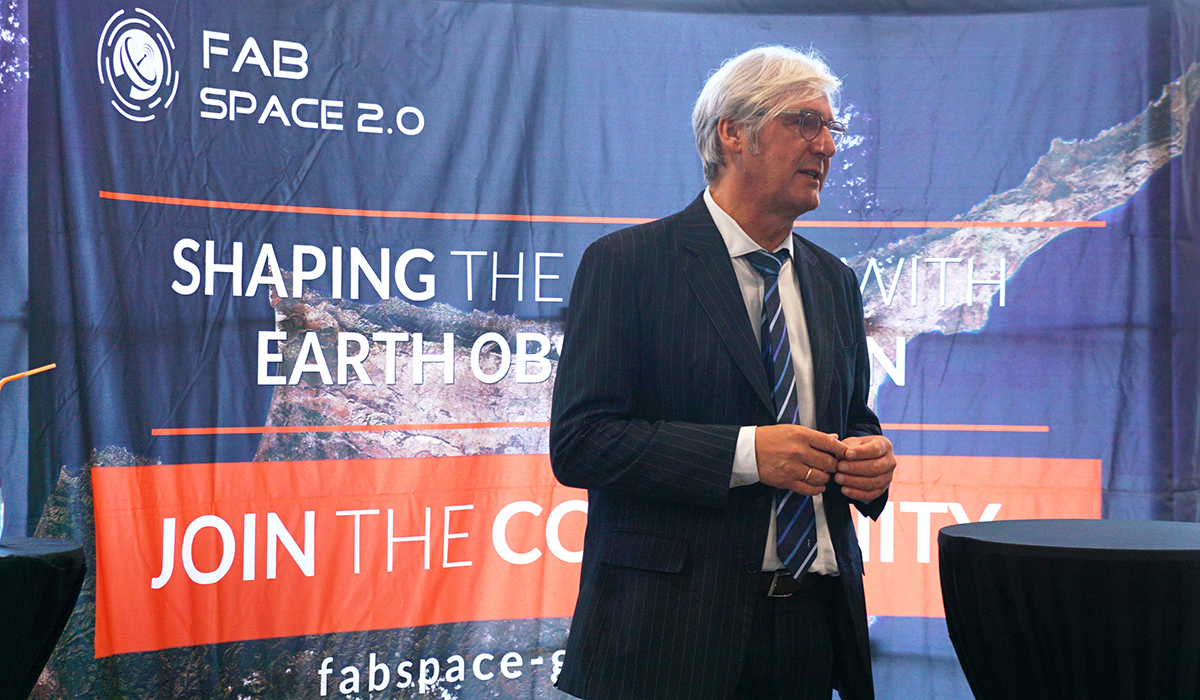 The Mayor of Darmstadt, Jochen Partsch during his speech at FabSpace 2.0 Darmstadt Startup week 2017. (: Thomas)

After the speech of Mr. Jochen Partsch, Prof. Becker and Dr. Zimmermann (both FabSpace 2.0) was also gave and introduced FabSpace concept. The audience also listened to a keynote by Mr. Michael Linke from ESA/ESOC who talked about Earth Observation applications in general. 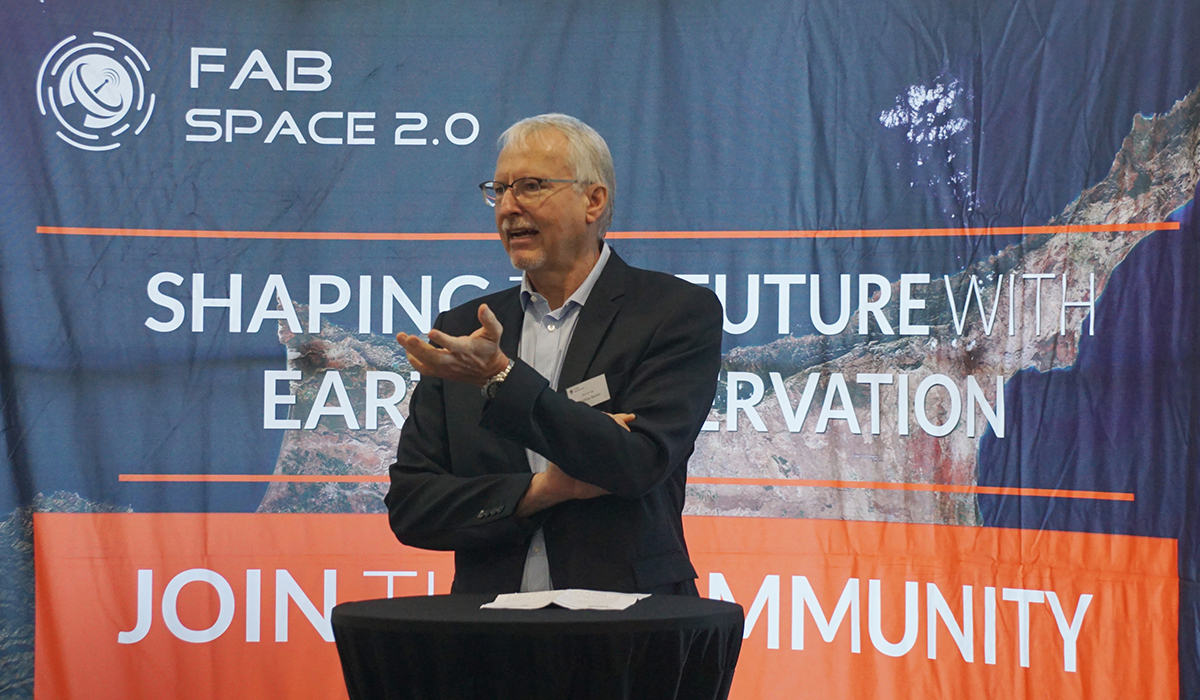 Prof. Matthias Becker talked about the benefits of the FabSpace for the university. (: Thomas) 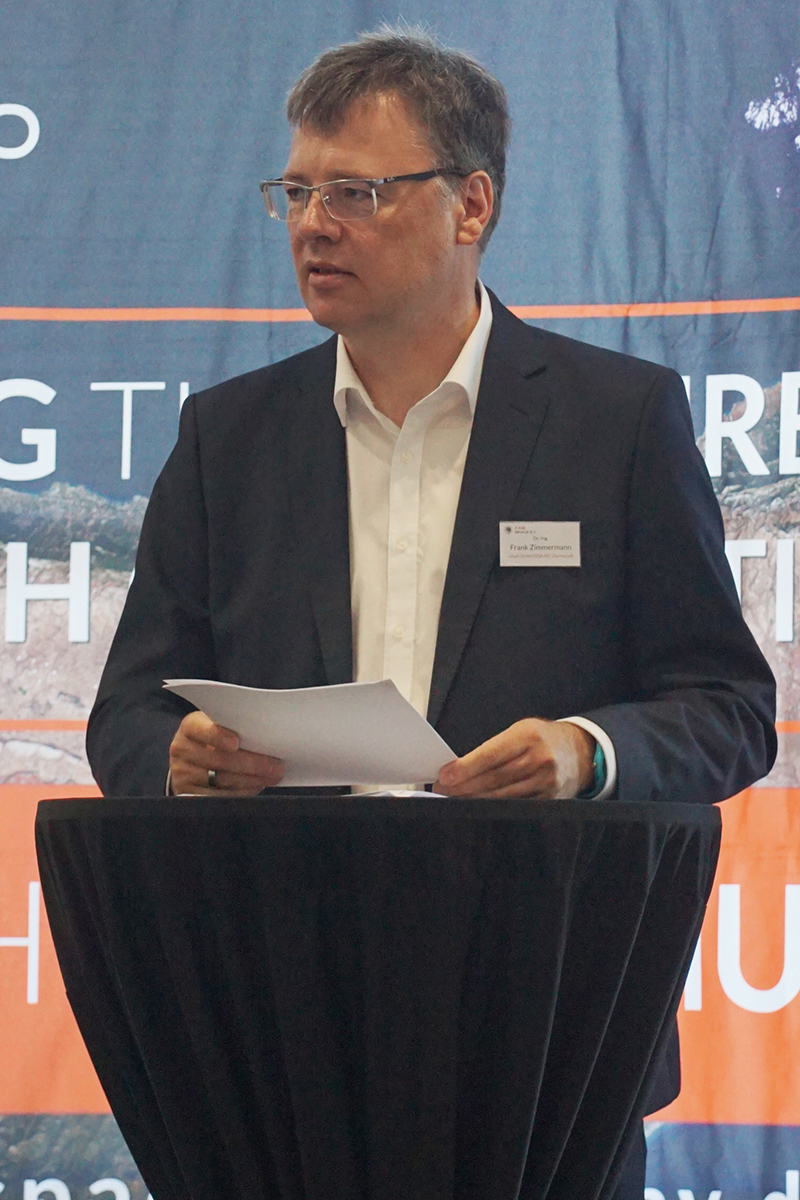 Dr. Frank Zimmermann welcomed everybody in the name of GmbH. (: Thomas)

In his Keynote Mr. Linke was trying to draw the big picture to give impressive examples of what earth observation can do. Of course, he focused also on the various benefits of the Copernicus program and data from the Sentinel satellites. 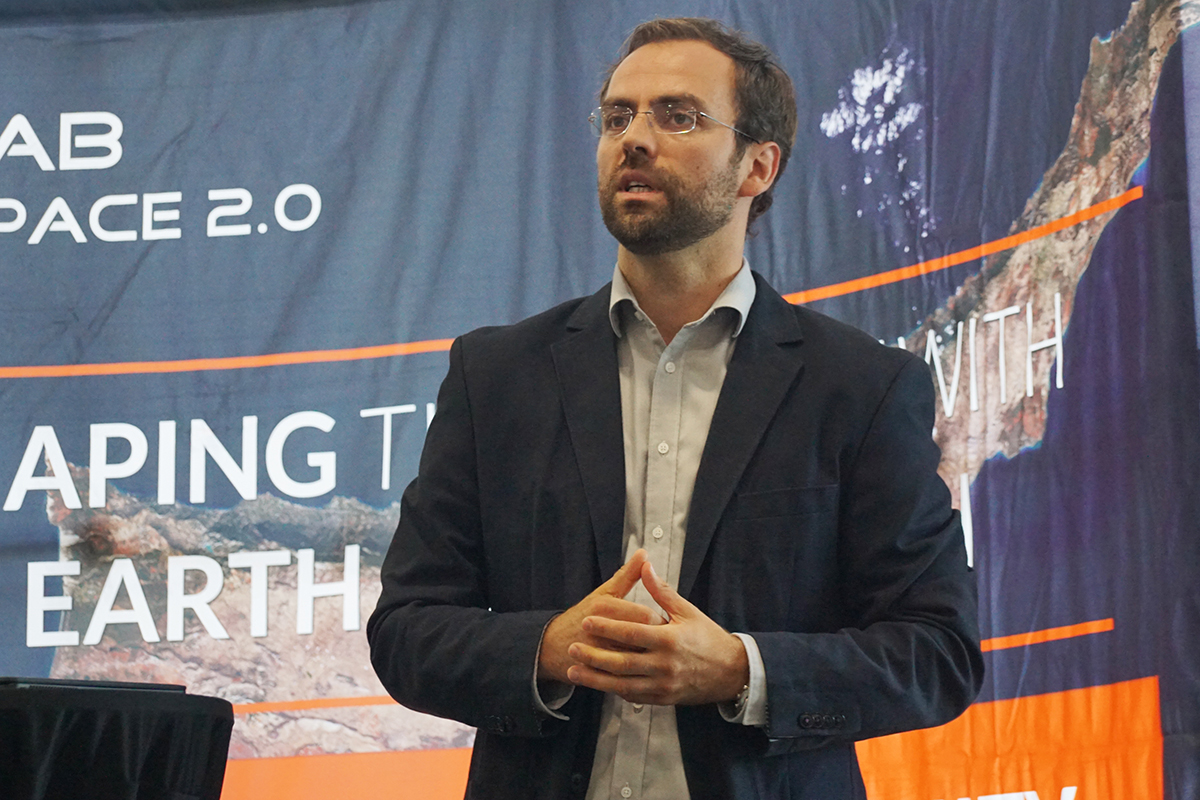 Michael Linke during his speech highlighting the importance of Copernicus program and Sentinel data. (: Thomas)

The organization of the program in the open hall during lecture time was allowing students to stop by and have a look, which was also very interactive. After lunch, the event continued in its innovative structure with networking at booths of the sponsors and parallel interaction in live presentations. 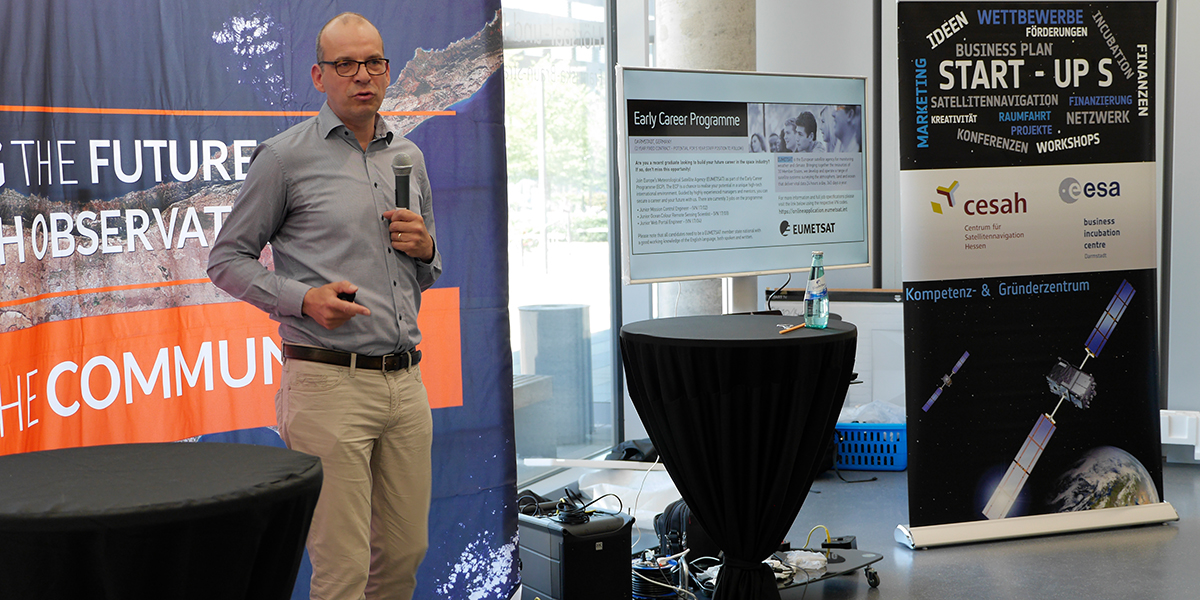 Please watch the video of the first day to see some highlights.

, all the participants followed an introduction for the upcoming days by Islam and Sascha Heising. Beside some organizational the focus was on a balanced team building and the definition of challenges that the teams want to tackle. The 1st workshop day started with an webinar sponsored by T-Systems and a brainstorming session to unmark the field. 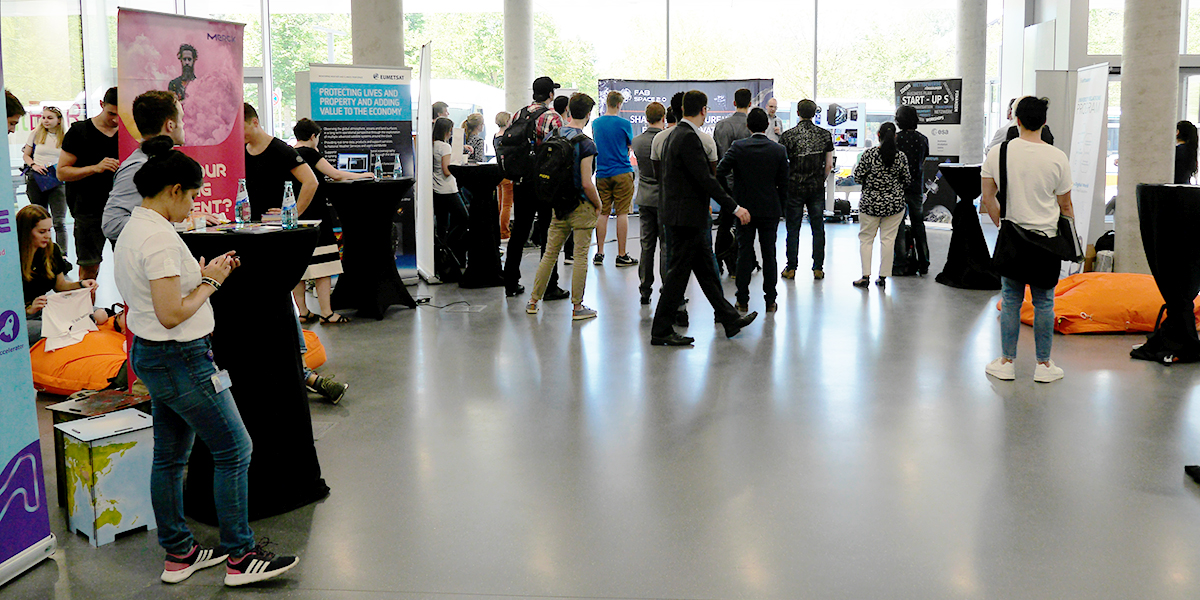 The fruitful atmosphere of the opening event of the FabSpace 2.0 Darmstadt Startup week 2017. (: )

Links to our Network

Lab can be used in the weekend only after consultation.

FABSPACE 2.0 RECEIVED FUNDING FROM THE EUROPEAN UNION'S HORIZON 2020 RESEARCH AND INNOVATION PROGRAMME UNDER THE GRANT AGREEMENT NO. 693210